The Greenfield Civic Center is the home of City Government. Offices located at the Center include the Police Department, City Council, City Clerk, City Manager and Utility Billing. Business hours are 8 a.m. to 5 p.m. The Civic Center is the first projected developed by the City in anticipation of the construction of a new Courthouse for South Monterey County.

About the New Courthouse

The recommended project-construction of a new 3-courtroom facility in Greenfield will replace the King City Courthouse no longer in operation. It will also provide space for the court's new judgeship from proposed SB 1150 (Corbett). The increase from 2 existing to 3 new courtrooms will provide expanded court services through increased judicial-proceedings capacity. 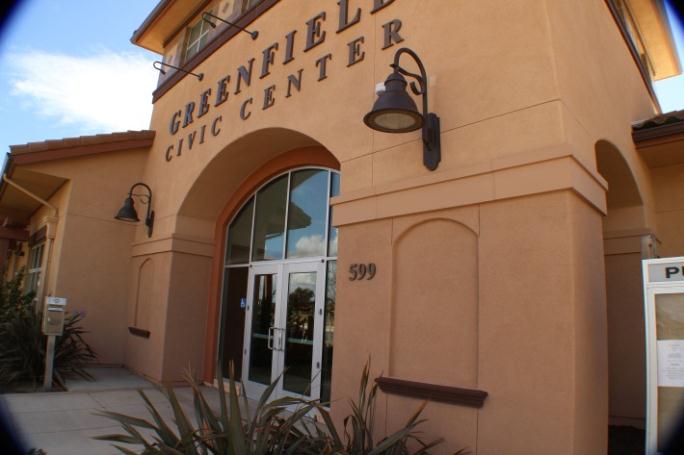 Overcrowding at the courthouse in Monterey and at the Salinas Courthouse Complex will be reduced, as south-county matters would then be appropriately heard in this new south county Greenfield facility. By siting this courthouse in Greenfield, the county's largest growing population area, it will serve current and future needs, with the capacity for a future building addition for one future new judgeship.

The proposed new courthouse will accomplish the following immediately needed improvements to the superior court and enhance its ability to serve the public:
Located across the Street from the Civic Center, the Superior Court of California, County of Monterey will serve the residents of Monterey County with 6 separate locations, with the King City Division (formerly operating out of the King City Courthouse) being the only one located in the City of Greenfield. This facility will primarily serve the south-county cities, such as Soledad, King City, Greenfield, and Gonzales.